Memorial Day was originally called Decoration Day and held on May 30th in the United States about two years after the end of the Civil War.  It’s beginning is credited to General John A. Logan who called for a national day to be set aside for placing flowers and decorating the graves of those who were killed defending their country. Sometime after WWI, the name of this day was changed to commemorate all those who had died in American wars.  After the Uniform Monday Holiday Act was enacted in 1971, this holiday was moved to the 4th Monday in May regardless of the date.

The poem, In Flanders Fields, was written by Canadian doctor John McCrae, while serving in Belgium during WWI. One day as he sat looking upon a field in Flanders where the war dead were buried, he was moved to write the poem. The red poppy (no doubt because of his poem) is the most chosen flower of decoration around the world.

Today, I honor all those who have died in war by posting Dr. McCrea’s poem below.  Regardless of where they are buried, or in which war they served, they made the ultimate sacrifice and should be honored and remembered wherever they rest. 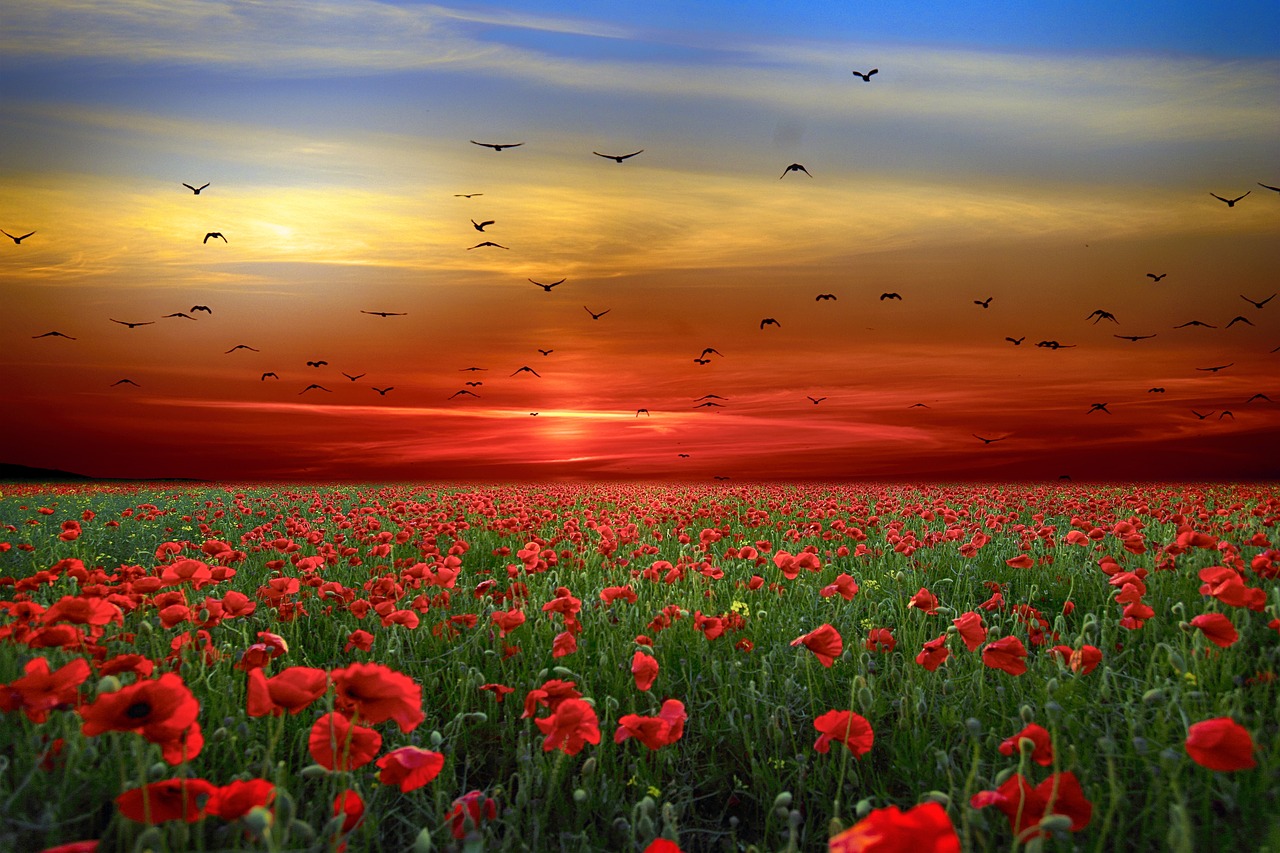 In Flanders fields the poppies blow

Between the crosses, row on row

That mark our place; and in the sky

Scarce heard amid the guns below.

We are the dead.  Short days ago

Loved and were loved, and now we lie

Take up our quarrel with the foe:

To you from failing hands we throw

The torch; be yours to hold it high.

If you break faith with us who die

We shall not sleep though poppies grow